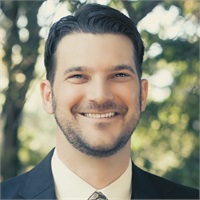 Dustin was born and raised in Fair Oaks and it was his dream since he was 16 years old to open a financial services business in his home town. He pursued a degree at Sonoma State University specifically to be a financial advisor, and graduated in three years with a degree in Business Administration, a concentration in Finance, and a minor in Economics. Immediately upon graduating, Dustin entered the finance world, becoming the youngest financial advisor to ever be hired at Edward Jones.

He knocked on over 6,000 doors in the Fair Oaks and Rancho Cordova area to build his practice. In 2010, he completed an Executive MBA program with California State University - Sacramento, and transitioned to an independent financial advisor through Ameriprise Financial. After serving his clients for almost ten years in the financial planning business, he became a CERTIFIED FINANCIAL PLANNER™ practitioner in 2013 after passing a comprehensive exam. In 2015, Dustin fulfilled his lifelong dream and founded Buck Wealth Management and partnered with the nation's largest Independent broker-dealer*, LPL Financial, to provide his clients with a truly independent approach to wealth management.

When not working, Dustin enjoys spending time with his family and the local community. In 2014, Dustin married Christine Buck and they live happily with their rescue dogs, Nico, and their Basset Hound puppy, Gus. Dustin serves as an Ambassador for the Fair Oaks Chamber of Commerce, where he also previously served two terms as a Chamber Board Member. In 2007 - 2008, he had the privilege of being the Honorary Mayor of Fair Oaks. Dustin has also served as a Chair of the Relay for Life for multiple years in Fair Oaks as well as serving as a Center of Influence for the U.S. Army in 2007-2010. In his spare time, you can find Dustin barbecuing for his friends and family or at a local golf course.

*Based on revenues as reported by Financial Planning Magazine June, 1996-2020.

Get Financial News & Updates Delivered to Your Inbox